What is Technology Transfer

Almost everyone would have tasted Coca-Cola at some point in their lives, and most people know its recipe to be one of the best kept secrets. However, not too many people know that it was developed as a syrup in 1886 by an Atlanta pharmacist, Dr John Pemberton where it was mixed with carbonated water in his neighbourhood pharmacy. His partner, Frank M. Robinson, gave the drink its name and distinctive logo. The beverage was initially sold at soda fountains at 5 cents per glass, with sales of 9 servings per day in the first year. Mr Pemberton subsequently sold parts of his business to various parties, including Asa G. Candler, who expanded distribution beyond Atlanta. Today, Coca-Cola’s daily sales are estimated at 1.9 billion servings, but there’s a lot more that happened since Mr Candler came into the picture that resulted in this market share.

What does any of this have to do with Technology Transfer?

Imagine Mr Pemberton, the pharmacist, was an academic at UKZN, and developed this recipe in one of his research projects. The steps that he followed, including engaging with the pharmacy to add the carbonated water, and first introducing the beverage to the market at the soda fountains, would be initial technology transfer. The sales of parts of the business to Mr Candler would be additional steps of technology transfer, all leading to greater introduction of Mr Pemberton’s initial invention to the world.

In addition to developing the invention, Technology Transfer involves the integration of many aspects, including management of the Intellectual Property, negotiations, commercial contracts, licenses, and other things (routinely referred to as Commercialisation) which UKZN InQubate can assist you with. 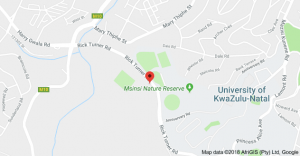